Loading
…
For a better experience please change your browser to CHROME, FIREFOX, OPERA or Internet Explorer. 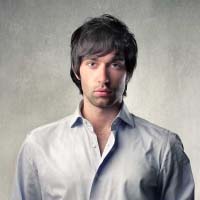 Why are you reporting this ad?

Info - This ad has been Expired. Mercedes-Benz launched the sixth generation S-Class in India on 8 January 2014. The sixth generation car has gone through a midlife update, and was recently unveiled at the Shanghai Motor show as the 2017 Mercedes-Benz S-Class. The updated ‘W222’ S-Class has undergone some cosmetic updates and comes laden with state-of-the-art technologies.

The new car features quite an aggressive look with a new and larger grille attached to a redesigned bumper. The Intelligent LED Light System headlamps adapt their illumination according to the road conditions, speeds, as well as the oncoming traffic. The side profile reveals aerodynamically flowing body lines, which meets the arched roofline at the rear. The LED tail lights feature prominently along with two huge tail pipes.

The S-class has always been a pioneer in the tech world, often premiering tech that goes on to become mainstream elsewhere. It offers full second level autonomy, meaning it can operate many of the systems by itself, but it still needs a driver on standby to take over if required. The updated car will carry the same two 12-inches TFT displays, one in the centre of the dashboard and the other behind the new multifunction, two-spoke wooden steering wheel. The S500 features Mercedes’ COMAND infotainment system with an inbuilt 250GB hard disk.

Among the other new additions is a seven-coloured LED ambient light system, a high-quality Burmester music system, heated armrests as well as a specialised air balance package which filters the air in the cabin and sprays a special scent branded by Mercedes-Benz themselves. The heated and adjustable rear seats feature a Hot Stone Massage system. The car also features a Wi-Fi hotspot for internet access when on the move. The car also features an enhanced AIRMATIC suspension with Magic Body Control for a better ride.

Under the hood, Mercedes will debut its newly developed six-cylinder diesel engine which displaces 2.9 litres and generates 286bhp of power and a whopping 600Nm of torque and will come mated to a seven-speed automatic gearbox in the S350d. The S500 is also powered by an inline six-cylinder petrol engine developing 429bhp of power and 520Nm of torque and will also be mated a seven-speed automatic transmission driving the rear wheels. The Maybachs, the S560 and the S650 are powered by twin turbocharged petrol engine with the newly developed V8 for the 560 and the 6.0-litre V12 for the 650.

The S-Class competes with the BMW 7 Series, the Audi A8, the Jaguar XJ L and Lexus LS500h limousines along with SUVs like the Range Rover Sport, the Porsche Cayenne and the Toyota Land Cruiser.

Make an offer for